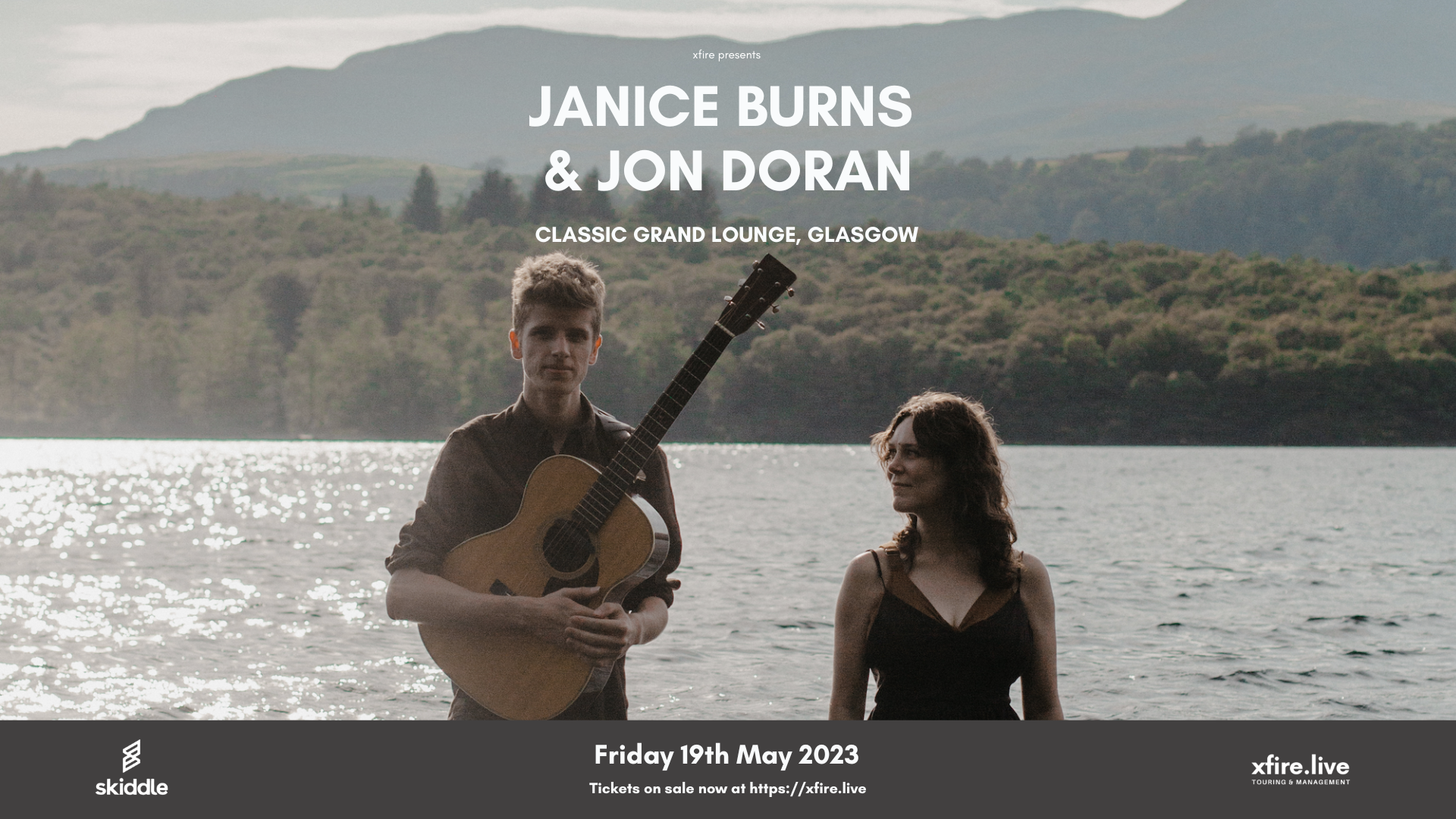 Janice Burns & Jon Doran are an Anglo-Scottish duo who came together after discovering a shared love of traditional music. They find their songs in archives that span the depths of our history – songs that tell vivid stories about the nature of life and our place in the world.

Janice & Jon’s compelling storytelling comes alive through tight vocal harmonies and sensitive interplay between mandolin, bouzouki, and guitar. Their arrangements have a spellbinding presence and an understated energy that transports their songs from the pages of books and manuscripts into the
imagination of the listener.

Since meeting in 2017, the duo have moved from strength to strength with performances at the likes of Sage Gateshead, Cambridge Folk Festival, and Edinburgh Tradfest. Their self-titled EP was released in 2020 to overwhelmingly positive feedback, including airplay on BBC Radio 2.

Janice & Jon’s debut album, No More the Green Hills, was released in October 2022. The album brings together songs that have survived through the ages, shapeshifting and adapting to changing environments as they’ve been passed from singer to singer. Exploring man’s relationship with nature, love and loss, these
are songs with an enduring resonance.

“Janice and Jon are both delightful singers with wonderfully musical voices. Their performances of traditional folk songs have a pleasing authenticity and they make delicious harmonies. They are also both fine instrumentalists of great skill and talent. Any appearance of theirs in a folk club or on the concert platform will guarantee you an experience you’ll remember.”

“Weaving effortless harmonies with ancient ballads and virtuosic accompaniment on mandolin
and bouzouki, Janice Burns & Jon Doran paint stories through their music that you will find yourself completely lost in.”